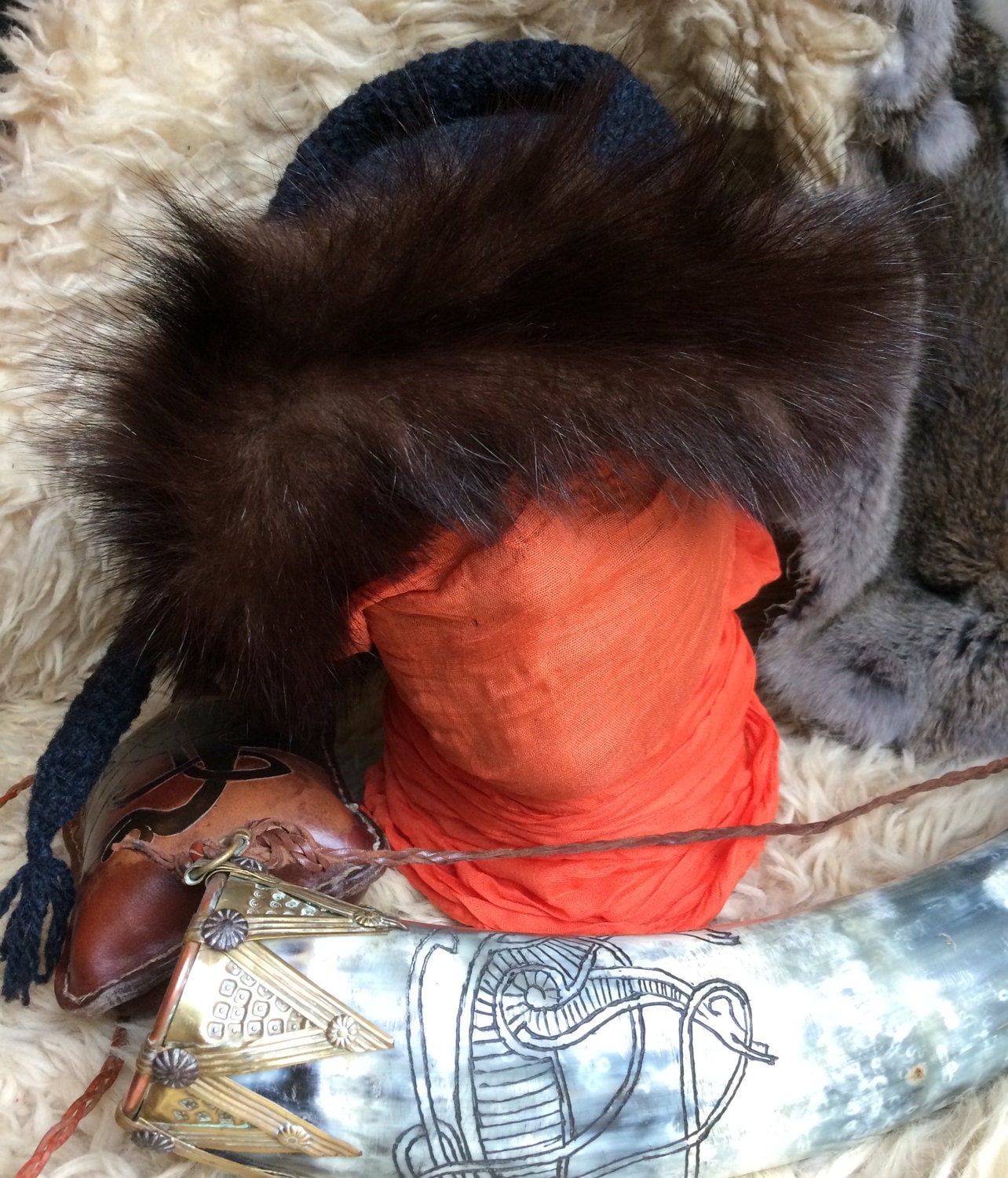 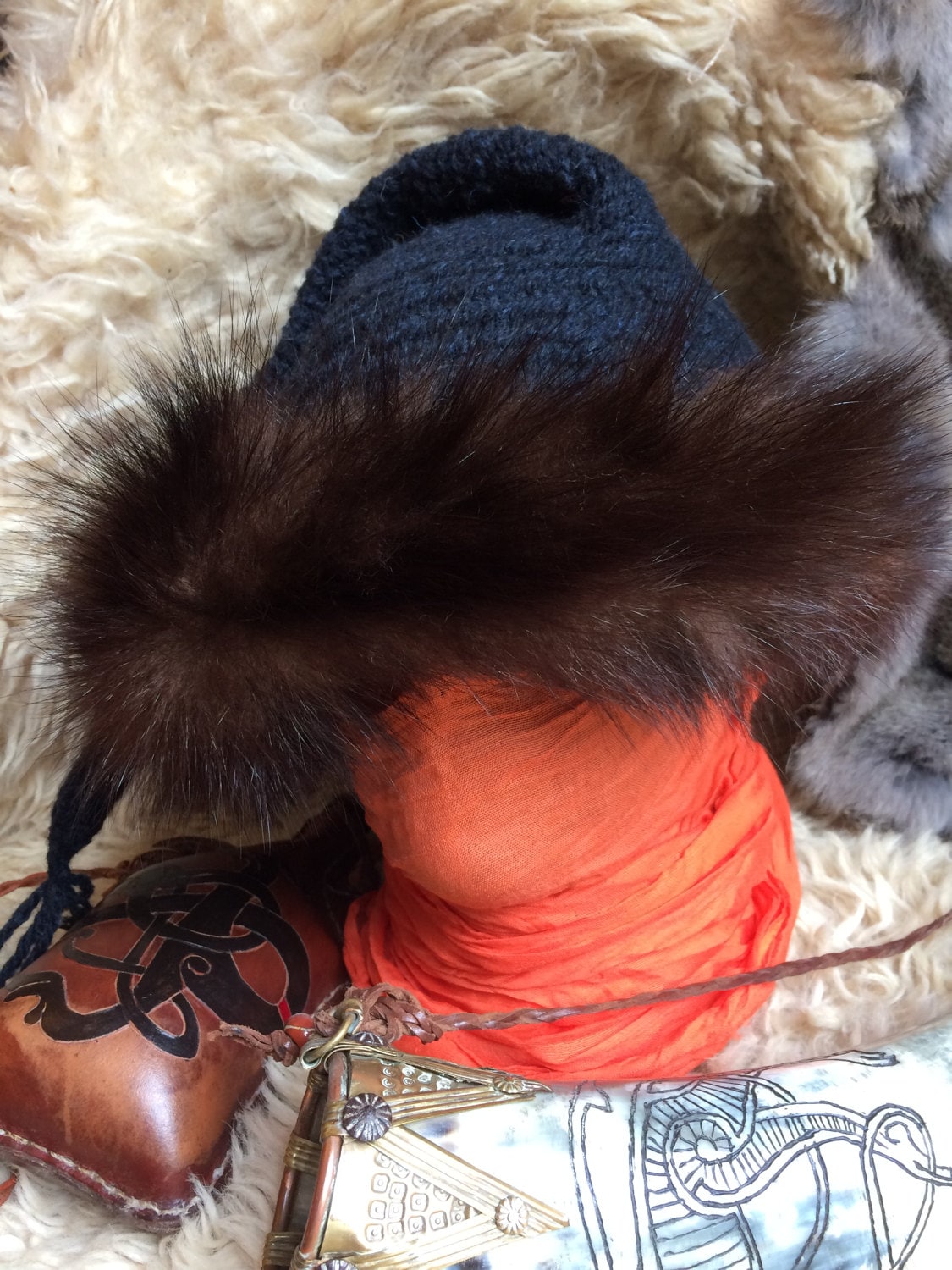 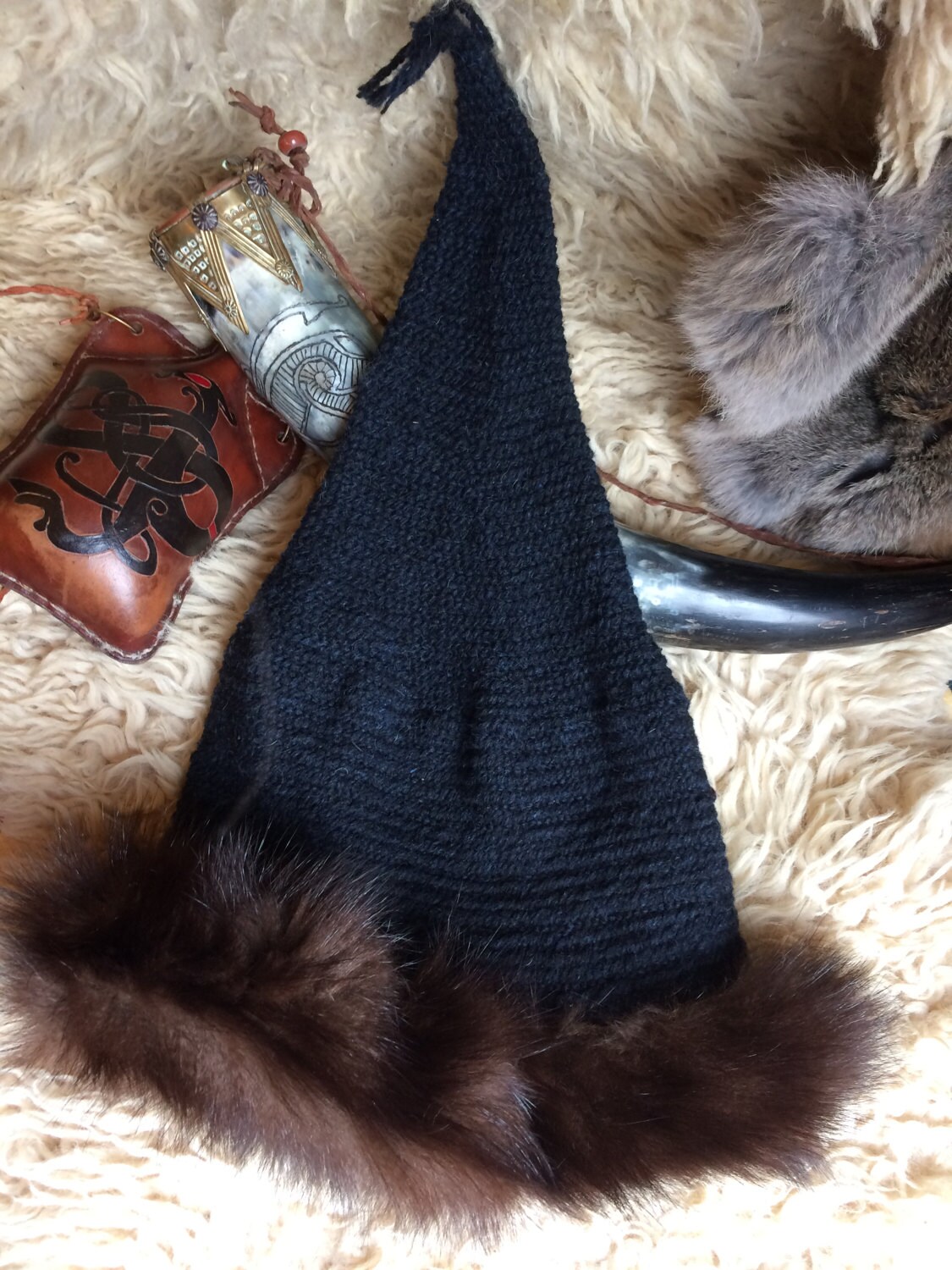 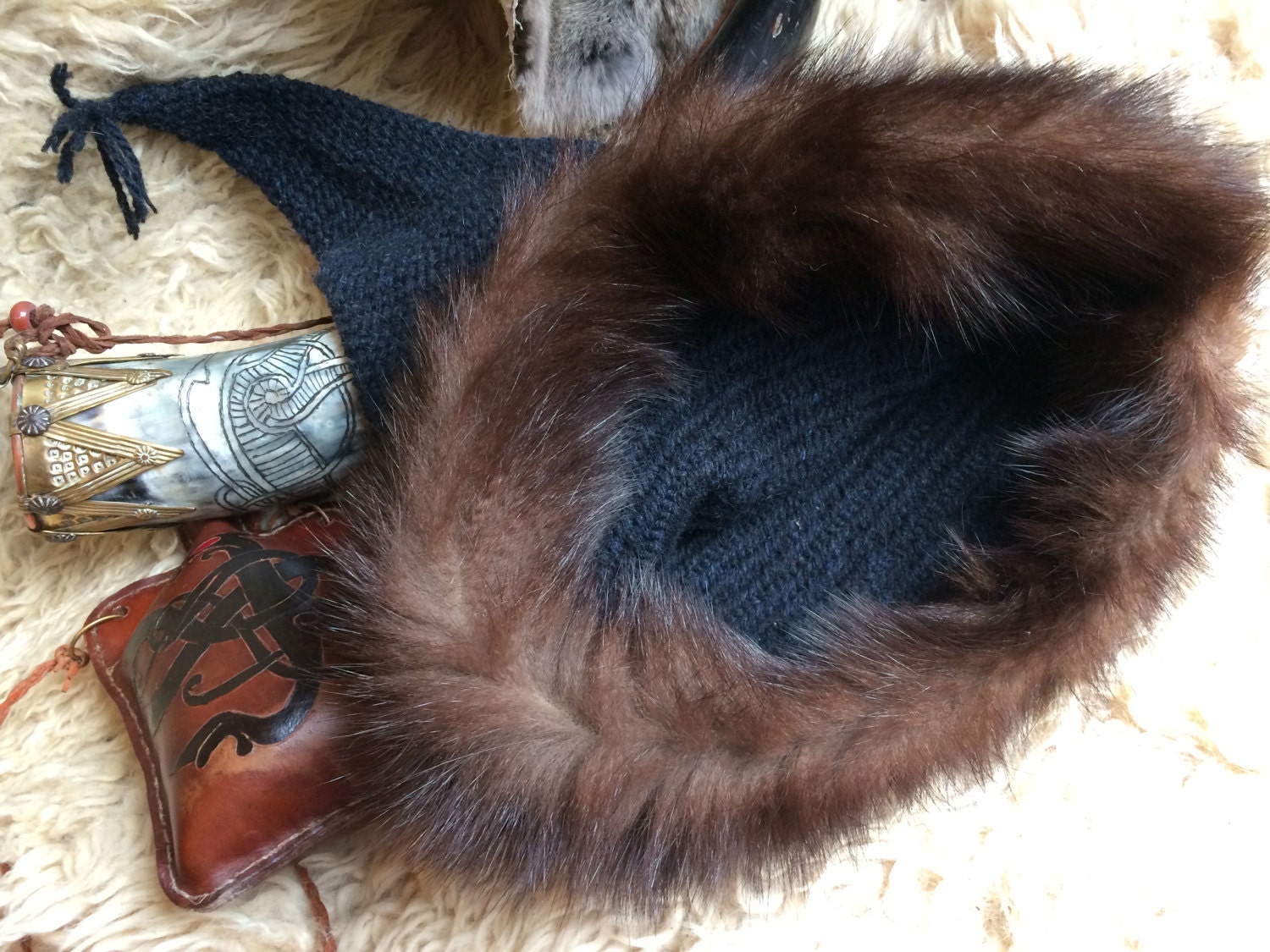 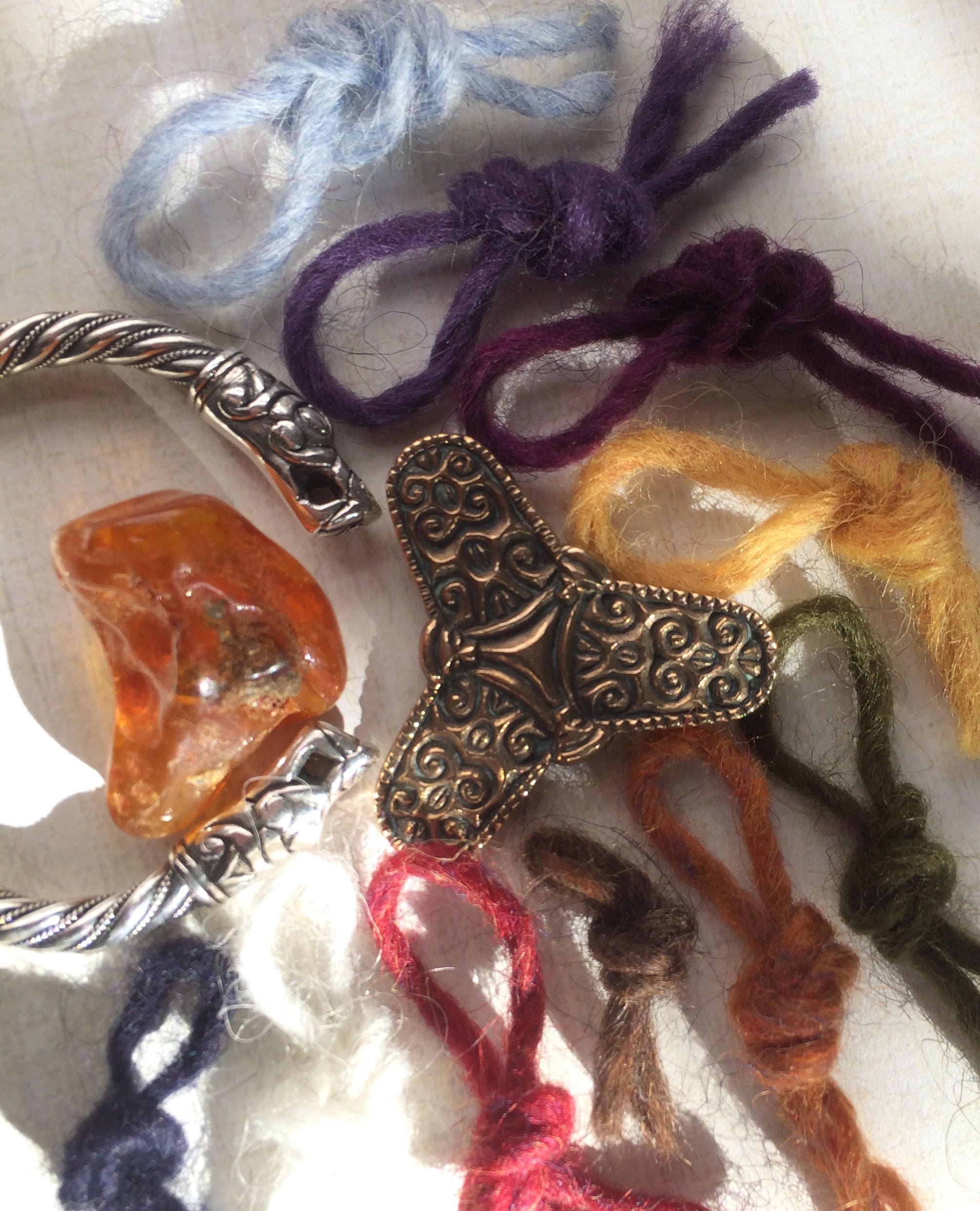 Crafted in Nalbinding stitches Oslo with single none needle

Crafted in chunky Icelandic wool, Colour of your choice.

Nålbinding was used during the Viking-age of 793-1066 ACE in Scandinavia before knitting and crochet were known.
This was an effective method for them to use to create sturdy, serviceable garments.
The method creates a stretchy fabric using short lengths of yarn and a single-eyed needle.
The basic technique involves the use of a single flat needle. A loop is formed, and the needle passed through the loop.
The thread is pulled through the loop, but the knot is not tightened. Left loose, the yarn forms a new loop.
The needle is passed through the new loop, forming a chain. At the end of a row, the work may be turned, and each stitch passed through both its partner loop and a loop in the previous row. The work may be performed in a single direction "in the round", forming circles and tubes for socks and mittens.
Please note this item is handcrafted in tradition known as Nalbinding (needlebinding or knot less netting) this is an ancient craft that predates both knitting and crochet.

Nalbinded mittens and socks can be seen in archaeology from Viking, Anglo Saxon and Norman age Historical finds. Such as the Coppergate sock, found in York nalbinded technique from the 10th century.

The photo enclosed with the hat is of the Danish Viking invasion of East Anglia, under Hinguar and Hubba. This is from a manuscript illumination in ' The Life, Passion and Miracles of St. Edmund, dated around 1130.