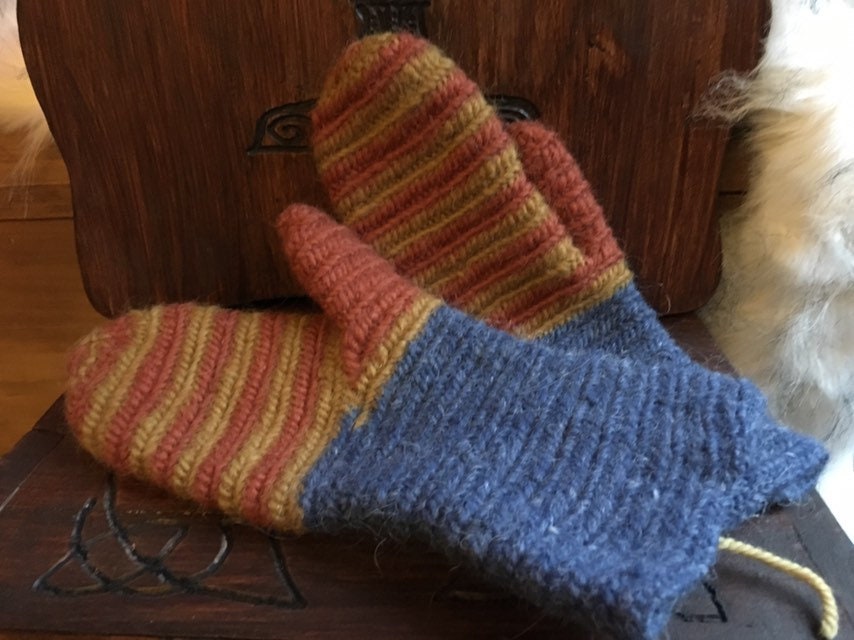 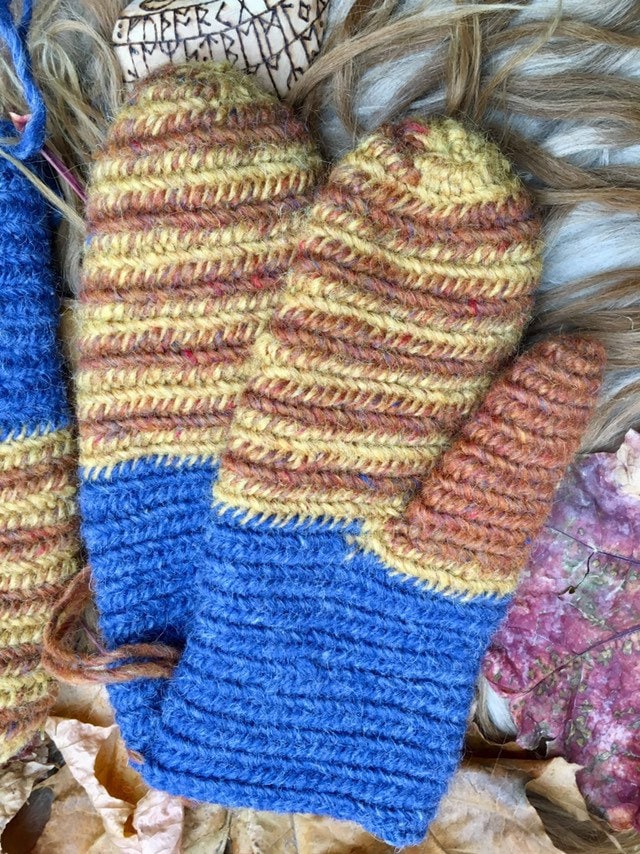 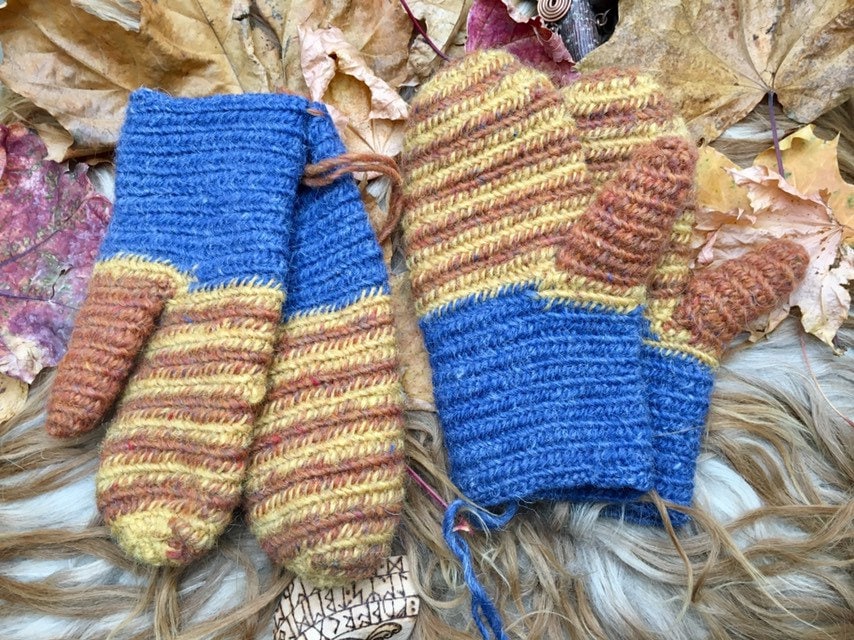 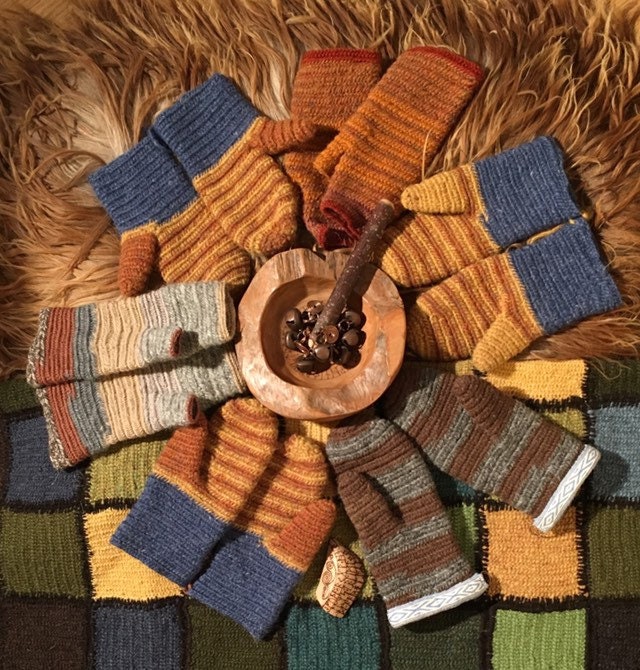 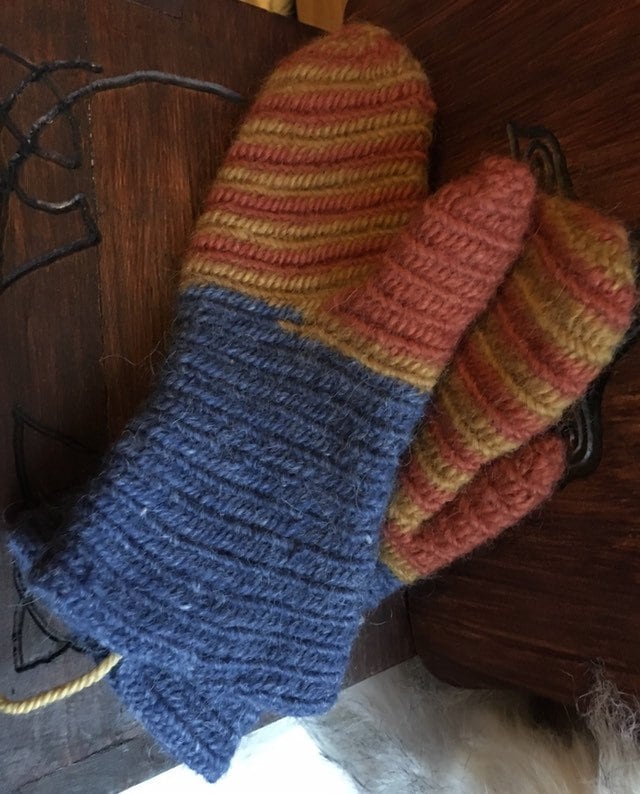 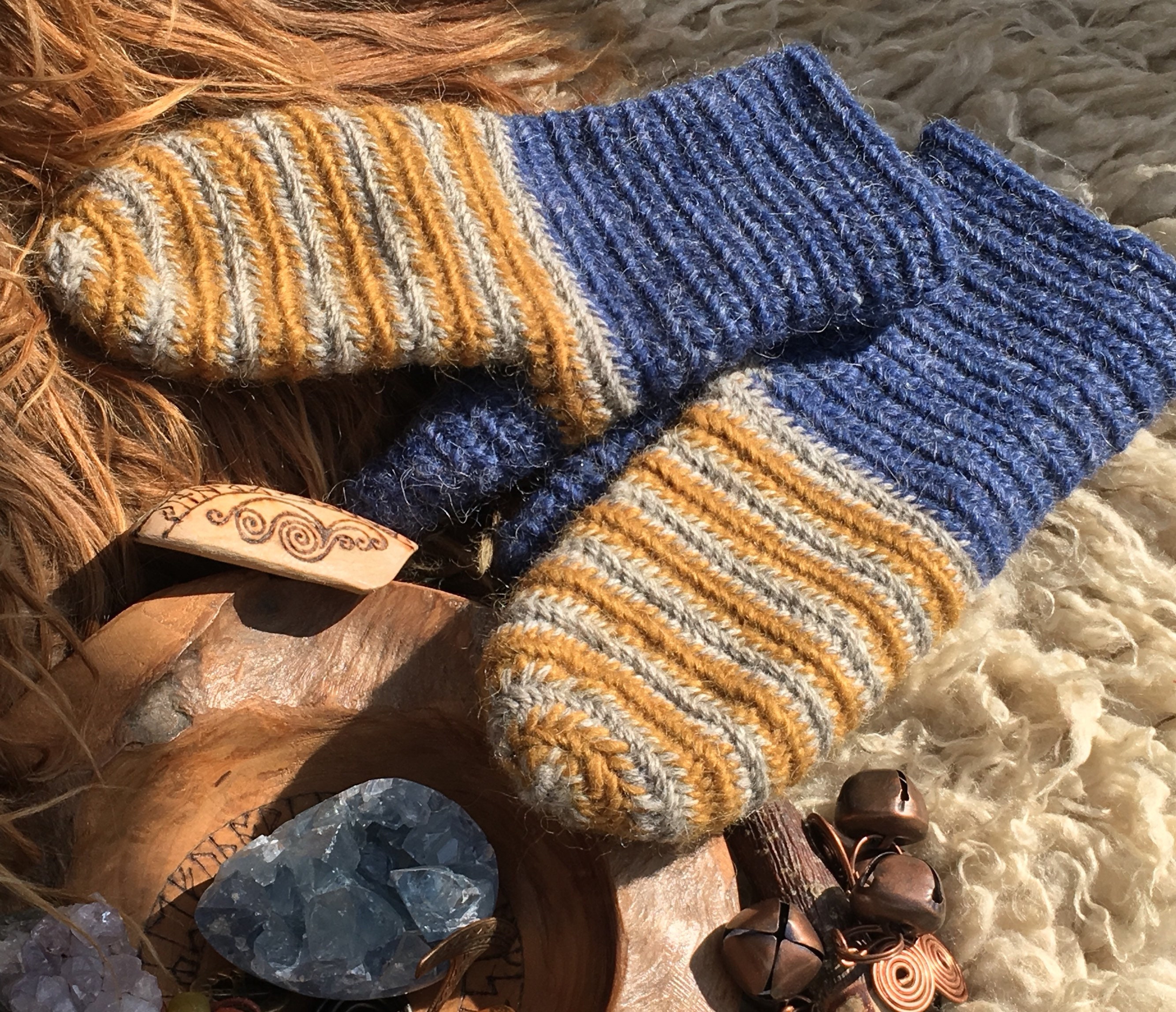 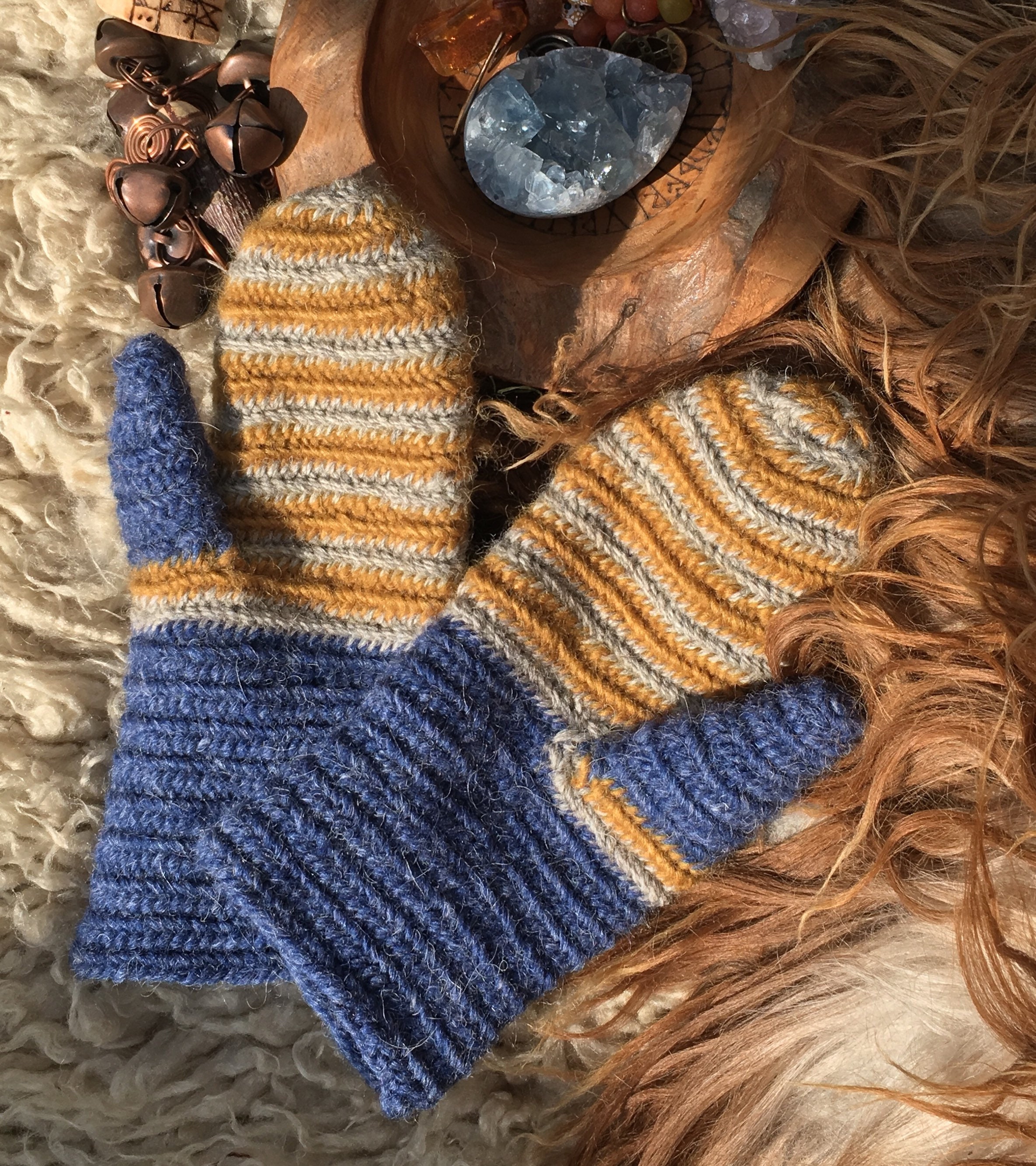 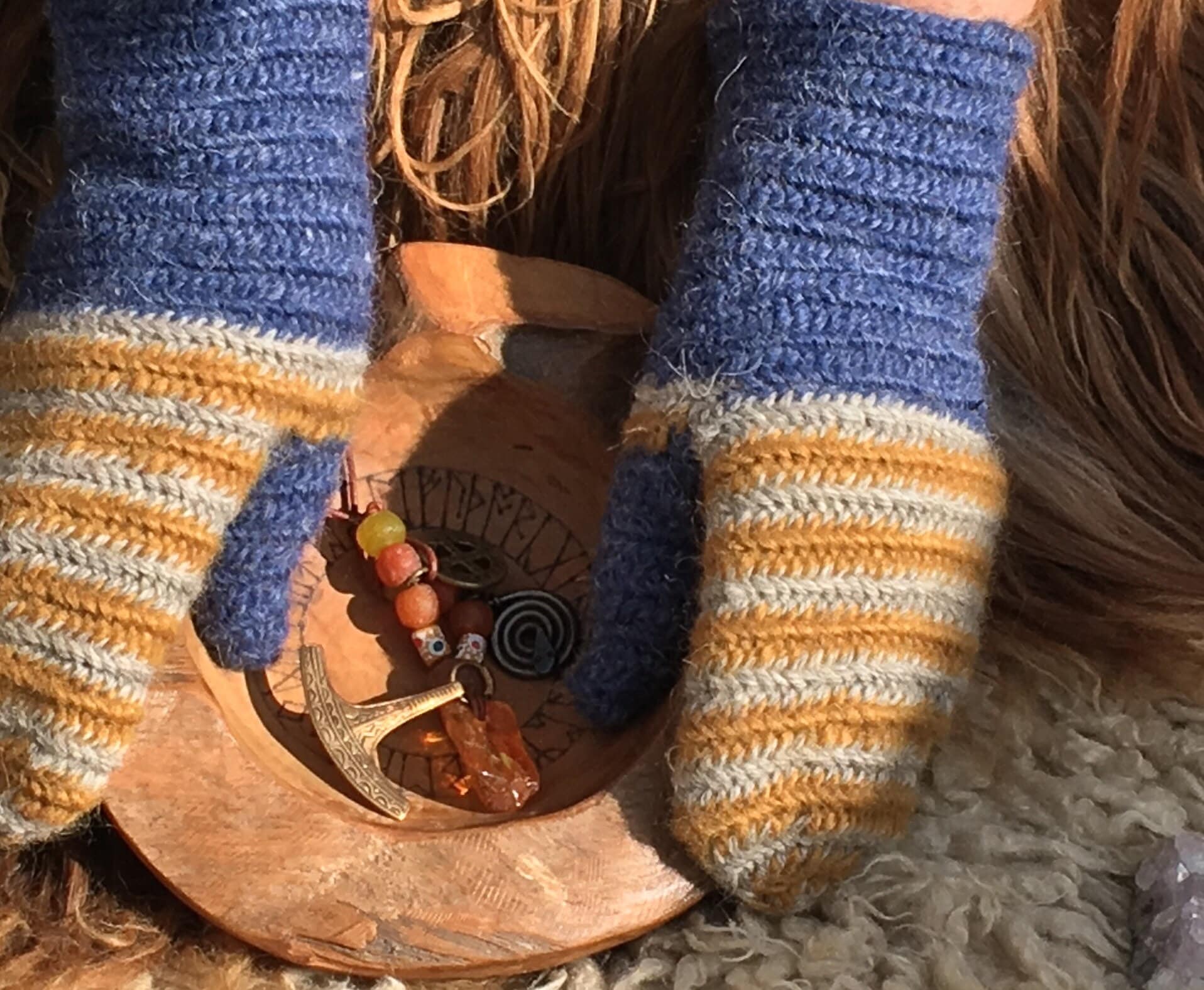 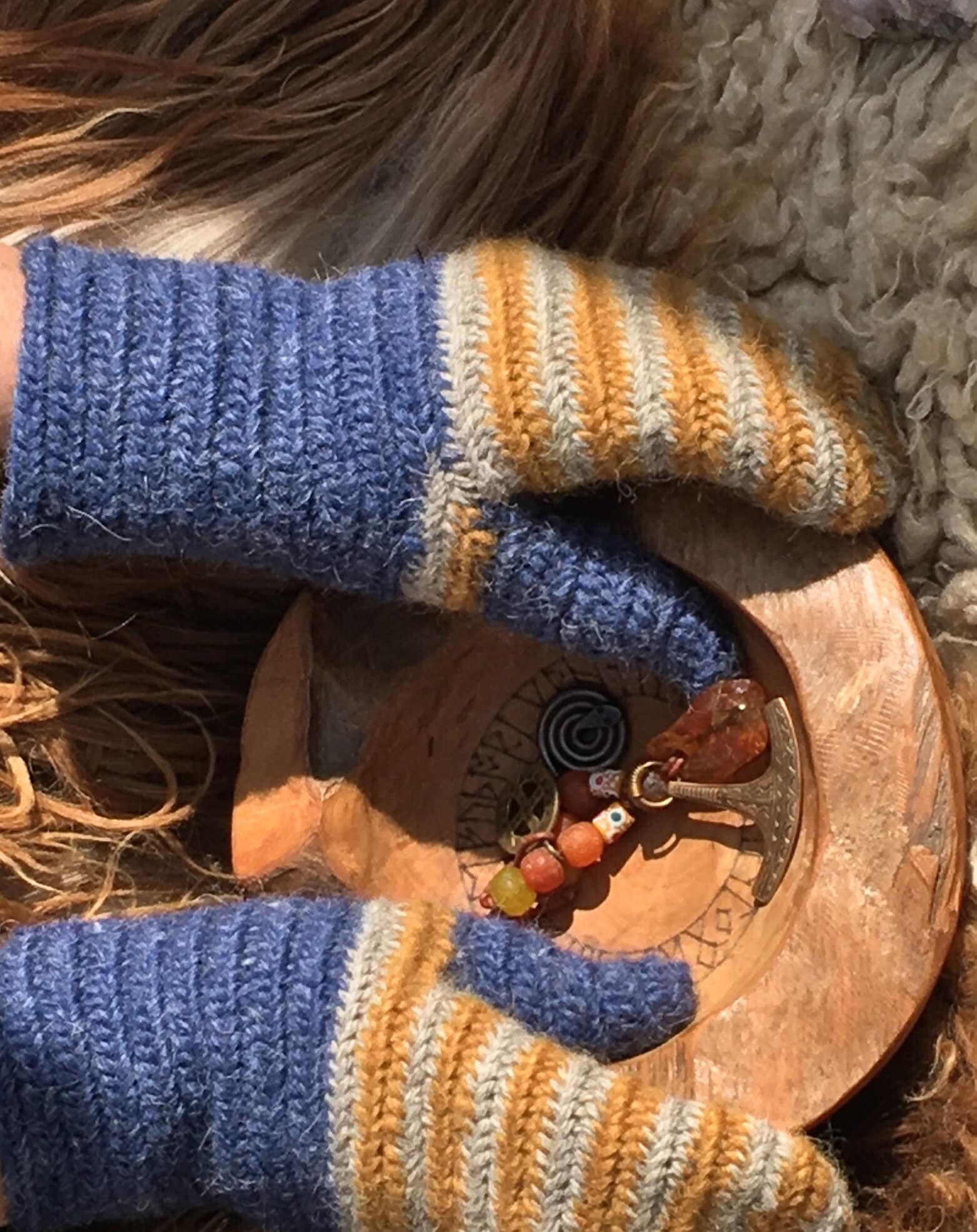 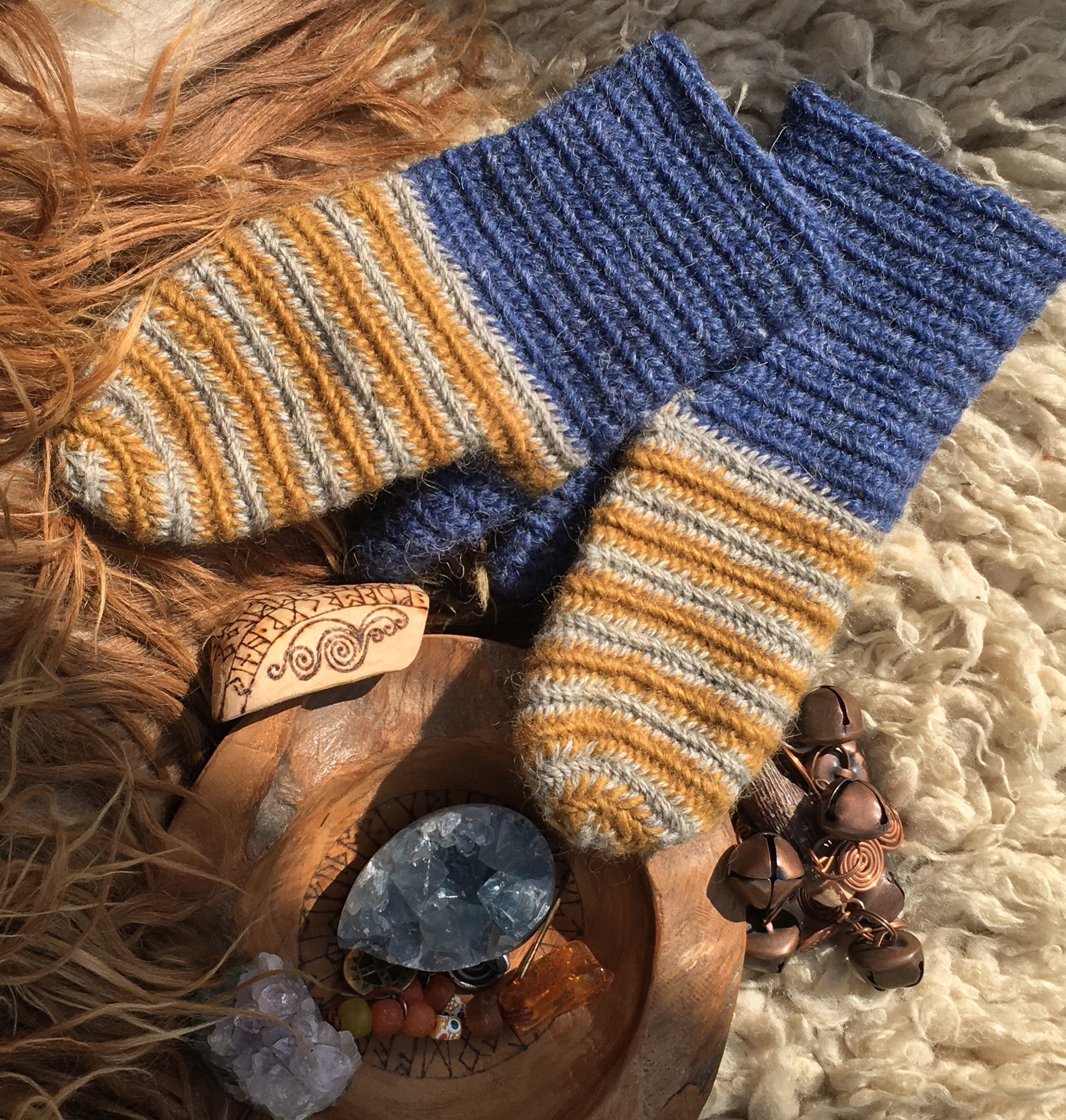 Nalbinded Mittens Handmade. Nalbinded mittens, based upon the colourful wool fragment found in Grave 56 of a Viking Woman, dated to around 1025-1050 AD at Eura, Lusitania west coast of Finland .

The archaeology photo is of two nalbinded mittens from Iceland, believed to date to the 10th century CE.
Mitten from Arneiðarstaðir, Fljótsdalhérad, east Iceland. Made from Nålebinding in Oslo stitch/Type IIa, the mitten was discovered in 1889 and described in 1895 by Pálmi Pálsson as being 26cm long, 12 cm wide, and dated 10th century.
Called Nålbindning in the native Swedish it is also known in English as nalbinding, nalebinding, nalbindning, naalbinding, nailbinding, naalebinding or needle binding

Nalbinding is an ancient technique used to produce hats, socks, mittens and other woolen goods using a single short needle and lengths of woolen yarn

The oldest nalbound fragments found in Finland are approximately from 1000 CE.
Striped fragments of a mitten from Eura early 1000 CE (southwest Finland)
Fragments from Masku and Köyliö 1050 CE (southwest Finland), and a striped fragment of a mitten in Kekomäki in Kaukola (Ceded Carelia; the area nowadays belongs to Russia)
Fragments of two separate mittens from Tuukkala (East Finland), all from 1200 CE.

Once again fantastic service all round. Made to order from scratch incredibly quickly. Wonderfully soft and warm, these are a great Yuletide gift. Packaged beautifully and arrived as soon as was possible. Can't praise Windweaver highly enough. Simply excellent.