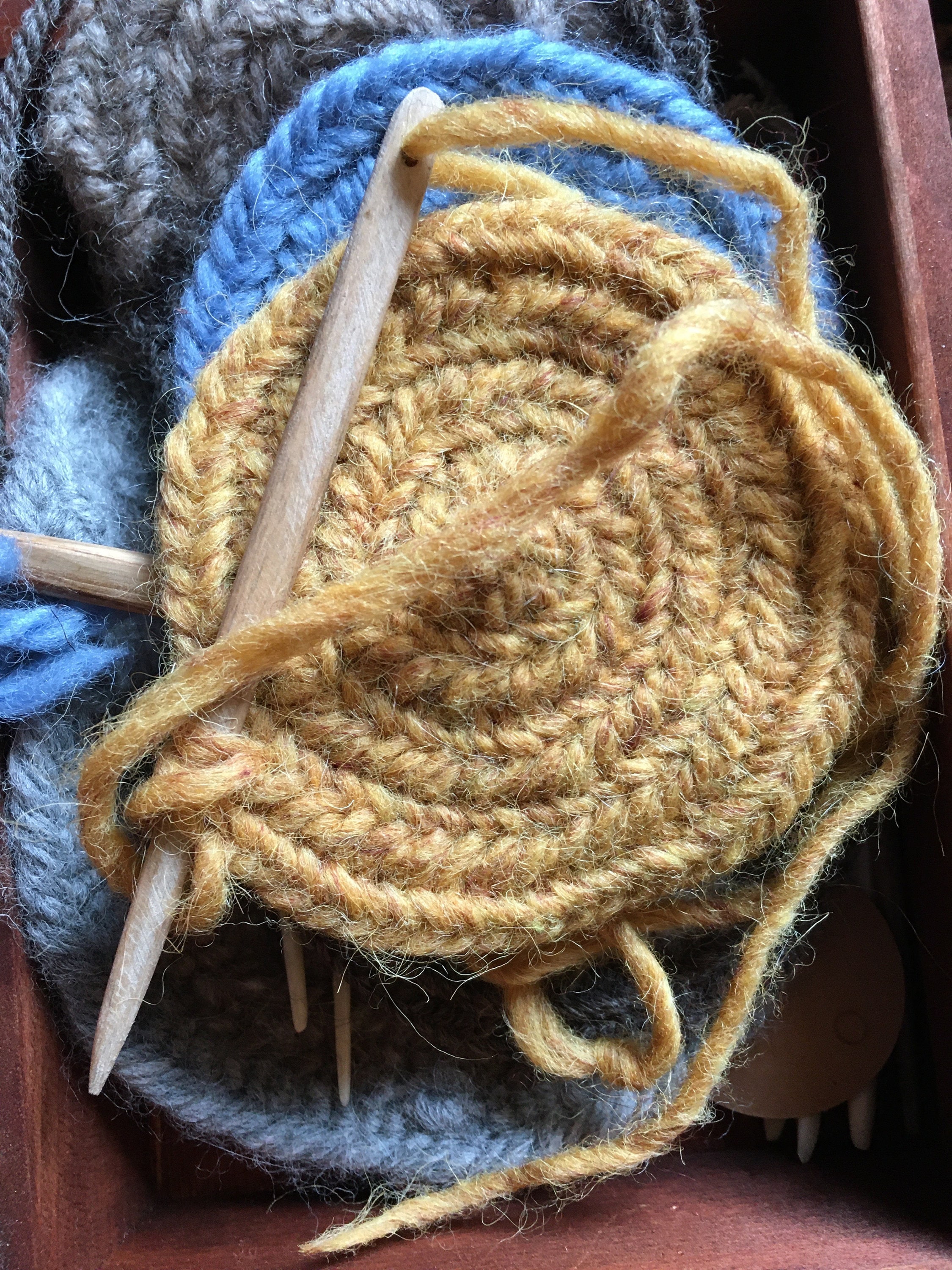 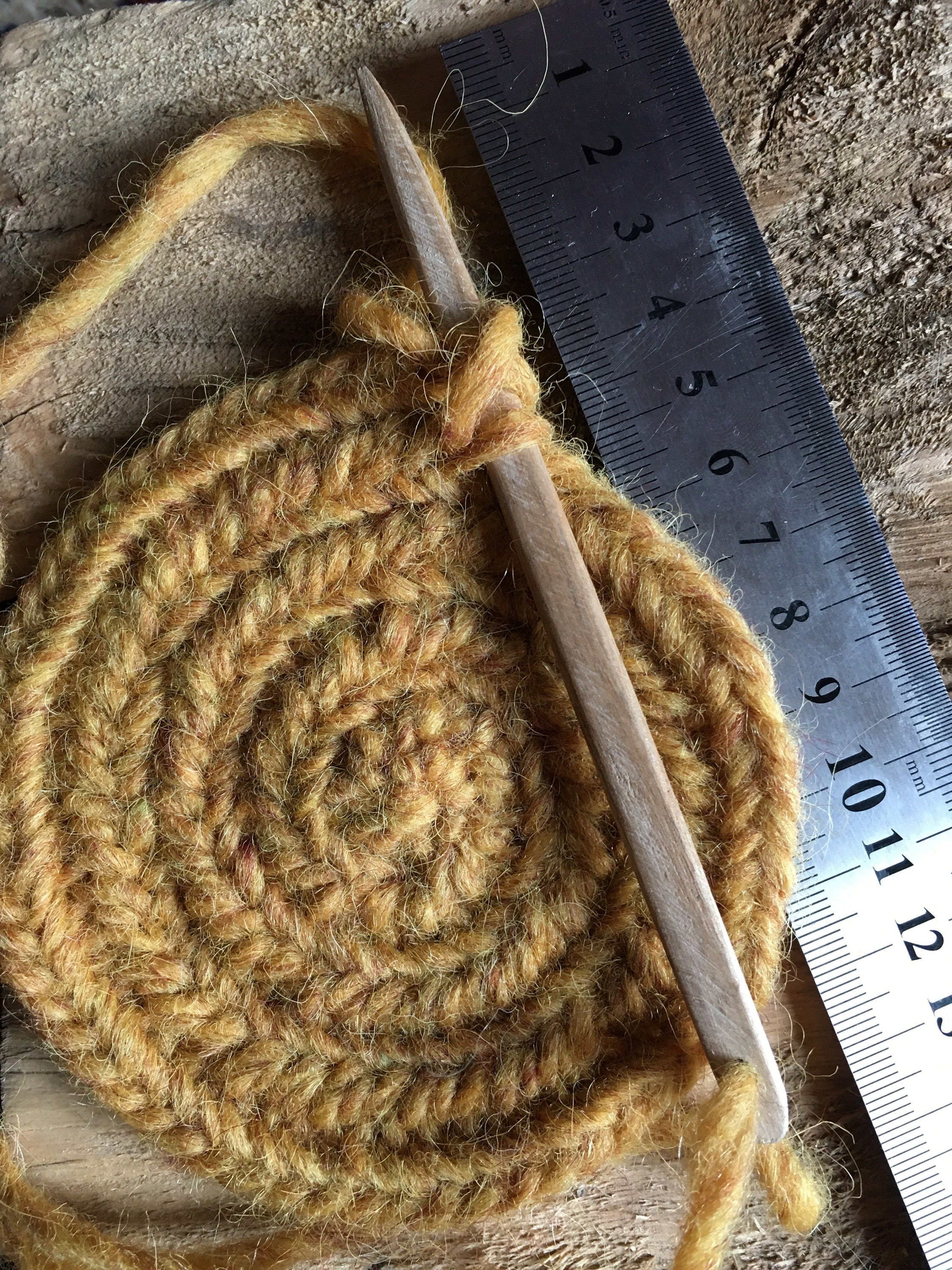 This is a stunning hand carved Ash wood Nalbinding needle. Supplied with a round of Mammen Nalbinding.

Hand carved with love to give you a quality .
This is a beautiful quality needle for Nalbinding hand-carved with unique variations. From average 13.5 cm long
From 7mm at the top tapering down to a point
3mm thick. ᚨᛋᚺ Yggdrasil, the World Tree in Viking mythology, grew on an island surrounded by the ocean, in the depths of which the World Serpent lay. This ash tree's trunk reached up to the heavens, and its boughs spread out over all the countries of the Earth. Its roots reached down into the Underworld

With a slot for ease to thread yarn
Nålbinding is a textile technique that uses a single, eyed, needle to create fabric by sewing non-continuous lengths of thread in a fashion that in its most basic form is a series of buttonhole stitches and in more complex forms are threaded together.
In Nålbinding, the thread is not pulled tight against itself forming a hard knot, but the stitches are
tensioned, often around a thumb or needle, leaving a mesh-work of interlocking loops of thread. Except in those forms that look like crossed knitting, it does not unravel like knitting or crochet as the thread is drawn entirely through each stitch.
The resulting fabric is generally built spiraling up row by row and can be very elastic or quite stiff depending on the variation and material used.
Nålbinding can be used to make a number of different items. Most often used for mittens, socks, hats, milk strainers, and bags, it can, however, be used to make many different objects. Unfortunately many archaeological nålbinding finds are just fragments so their original use is often obscured if not unknown."