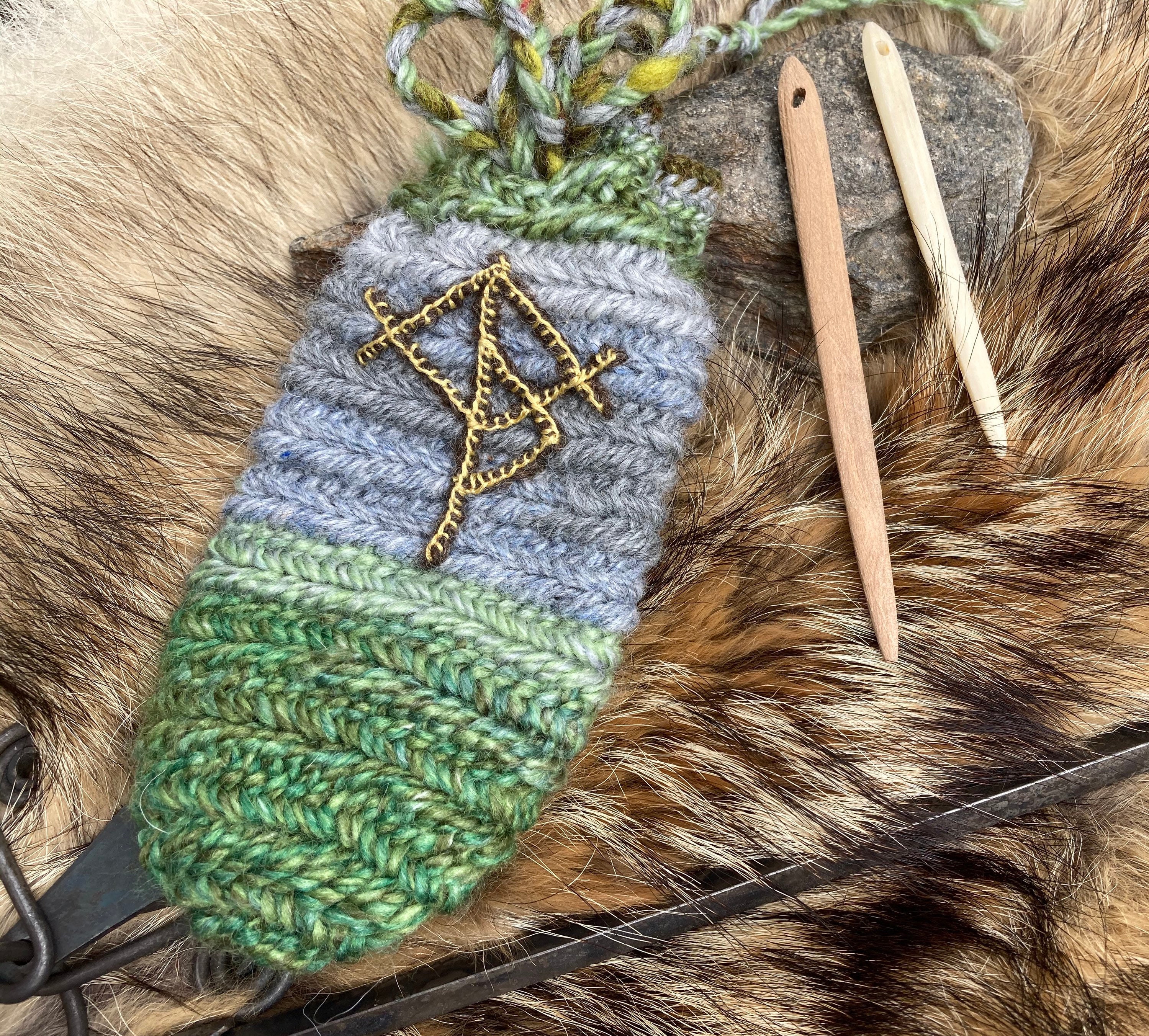 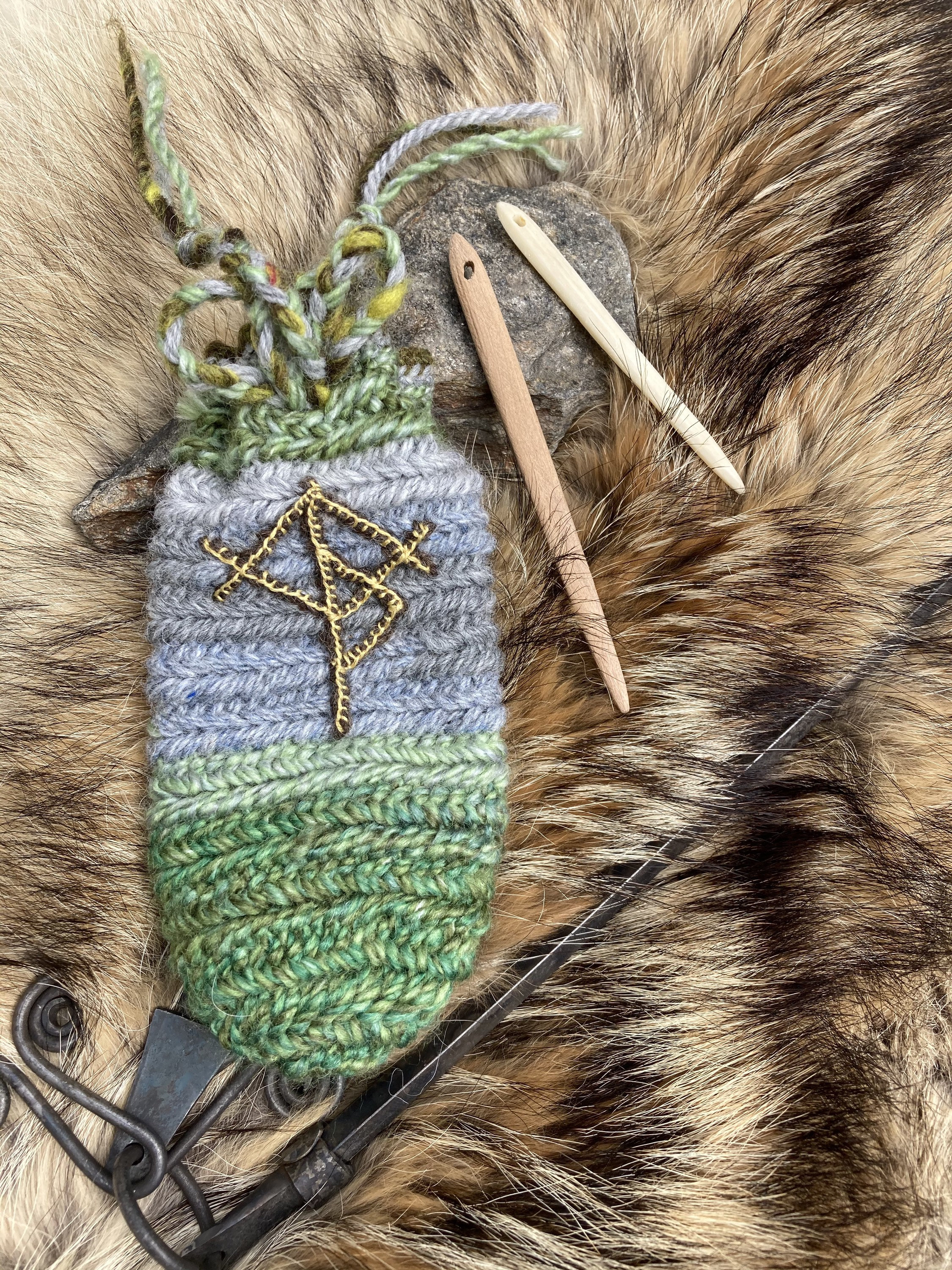 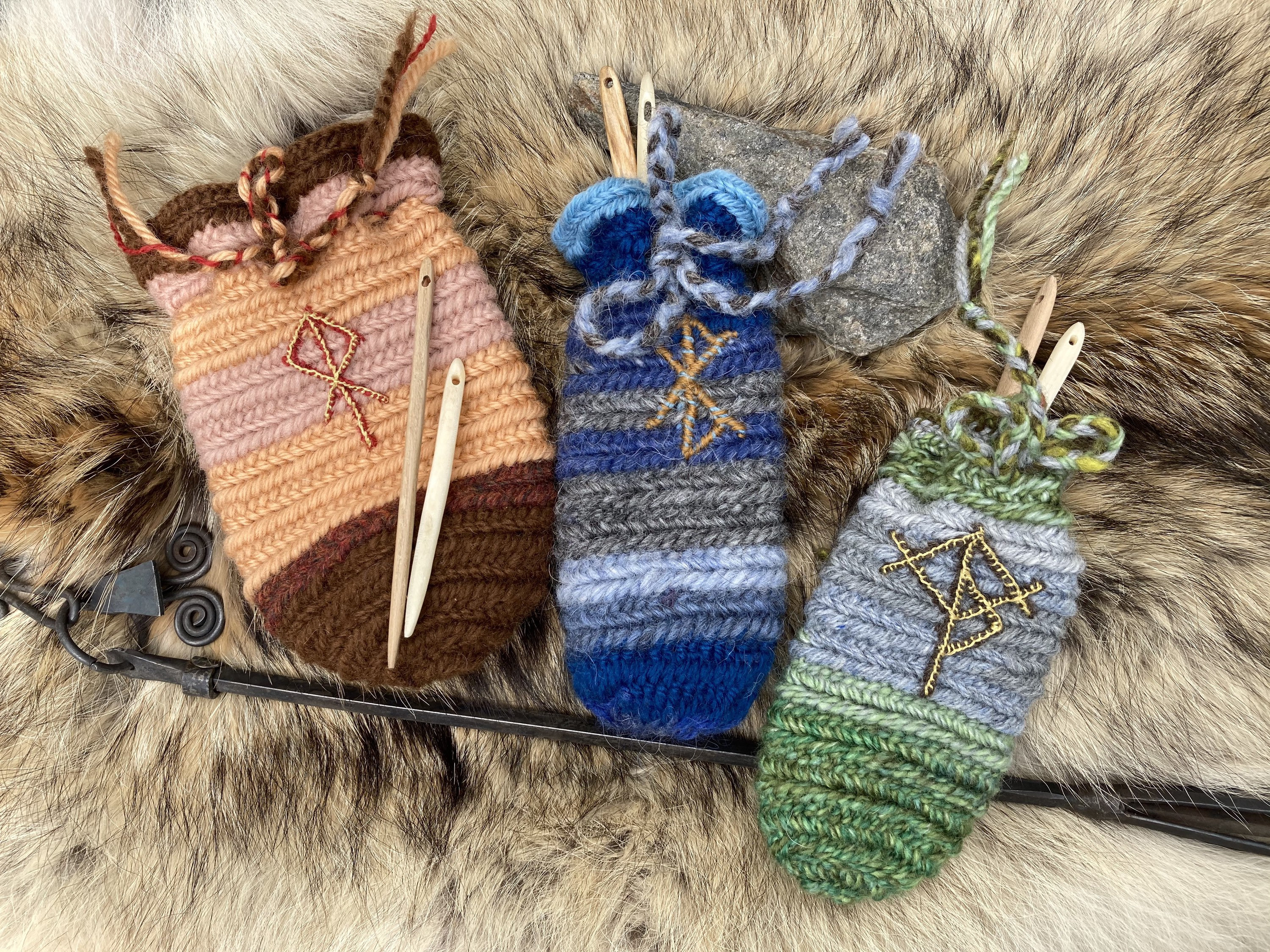 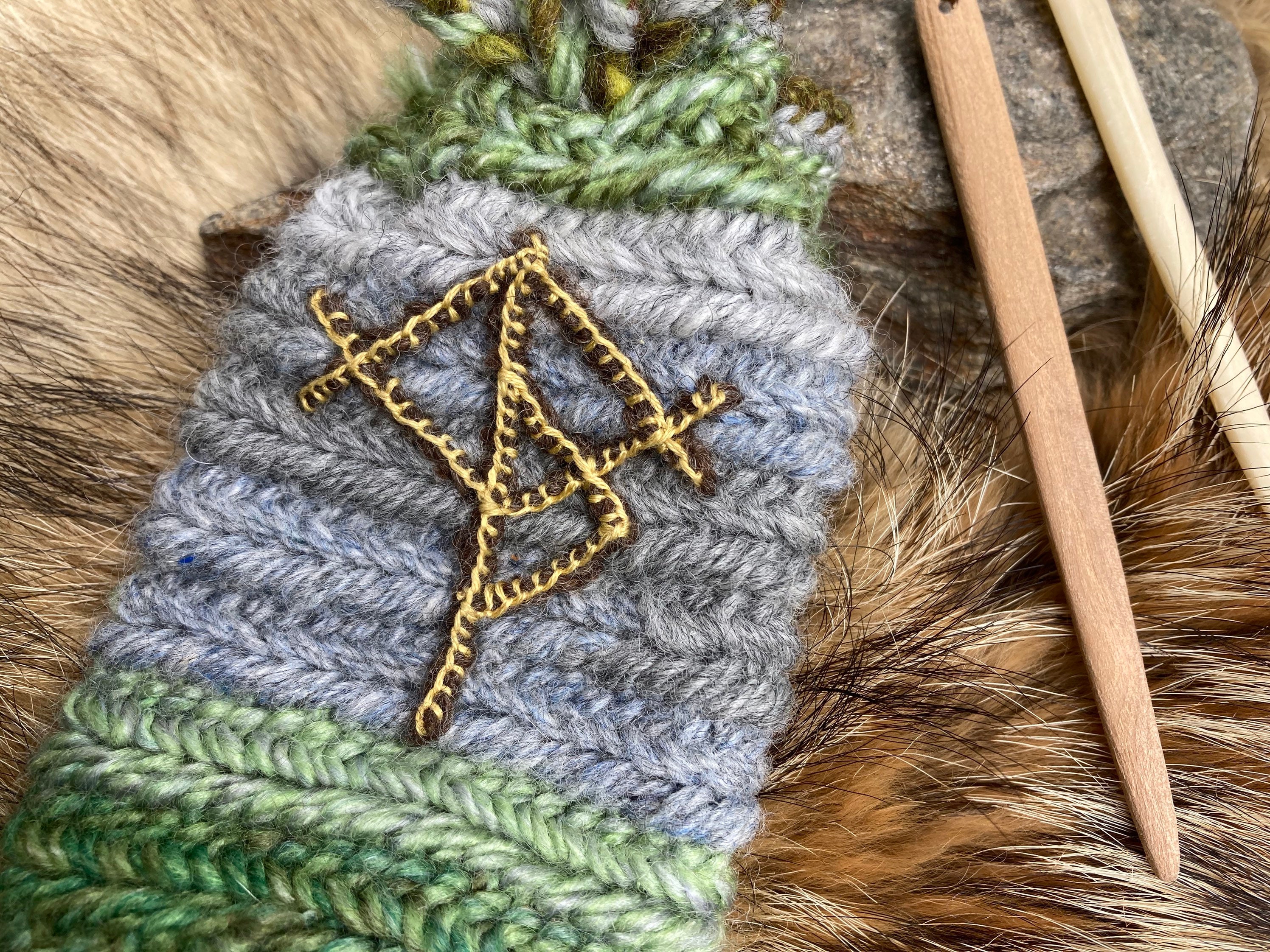 *~supplied with a Bone and Ash hand carved Nalbinding needles . *~ The t-rune ᛏ is named after Týr, god. The reconstructed Proto-Germanic name is * Tîwaz or *Teiwaz Tiwaz rune was a ideographic symbol for a spear.
* Algiz is the name conventionally given to the “z-rune” ᛉ of the Elder Futhark runic alphabet. ALGIZ (also called Elhaz) is a powerful rune, because it represents the divine might of the universe. The white elk was a symbol to the Norse of divine blessing and protection to those it graced with sight of itself. Algiz is the rune of higher vibrations, the divine plan and higher spiritual awareness🌟
*~Created in Icelandic wool crafted with a bone needle in Finnish nalbinding stitch.
Handy for all your precious things 🙏